Minnesota Secretary Of State - US Constitution 1787
Skip to main content

In 1787, the original states, except Rhode Island, collectively appointed 70 men to the Constitutional Convention in Philadelphia. In all 55 attended, and 39 signed the Constitution. The Constitution’s framers worked to develop a document that would provide a stronger central government than the Articles of Confederation but that would also preserve tenets of independence and individual rights espoused by other fundamental documents like the Magna Carta and Declaration of Independence. The framers drew heavily upon Athenian and English political philosophy to find the right balance. 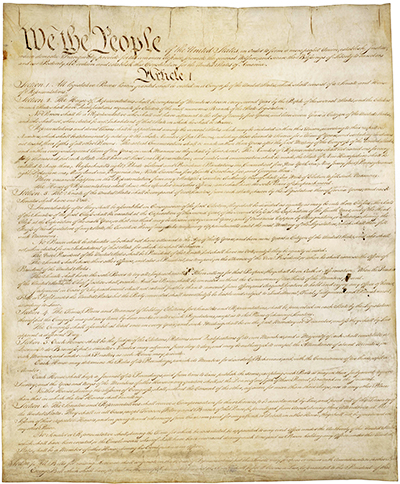