“Getting young people involved in our democracy is critical to ensuring they become life-long voters,” said Secretary of State Steve Simon. “Winona State University is an excellent example of a campus that has created a culture of election participation that is passed down from class to class.”

Winners are determined by the college and university voting rate according to the National Student for Learning, Voting, and Engagement (NSLVE) at Tufts University. 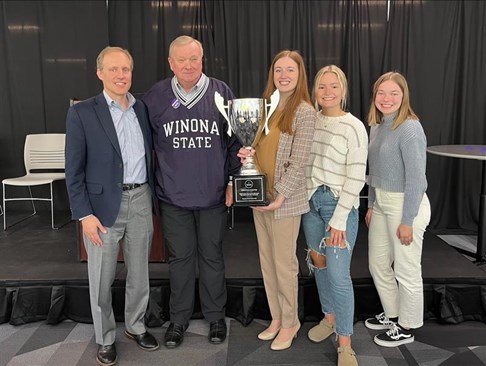