SAINT PAUL — Minnesota voters since 2014 have had the option of vote from home, or “no-excuse absentee” voting. All county election offices throughout the state also offer in-person absentee voting, commonly referred to as “early voting.” Since 2014, Minnesota voters have increasingly used vote from home and early in-person voting to cast their ballots. Voting for the 2018 statewide general election began on September 21, 2018. As of this morning, more than 476,000 absentee ballots have been requested.

“Minnesotans are on pace to maintain our title as #1 in the country in voter participation,’” said Secretary of State Steve Simon. “If you haven’t voted yet, please take the opportunity over the next five days to go to mnvotes.org and find your early voting location or Election Day polling place. You can also register to vote in-person at your early vote center or on Election Day. Minnesotans have more voting freedom than almost any state in our country and I am so energized by the robust civic engagement of my fellow Minnesotans. Thank you for being the best voters in the country.” 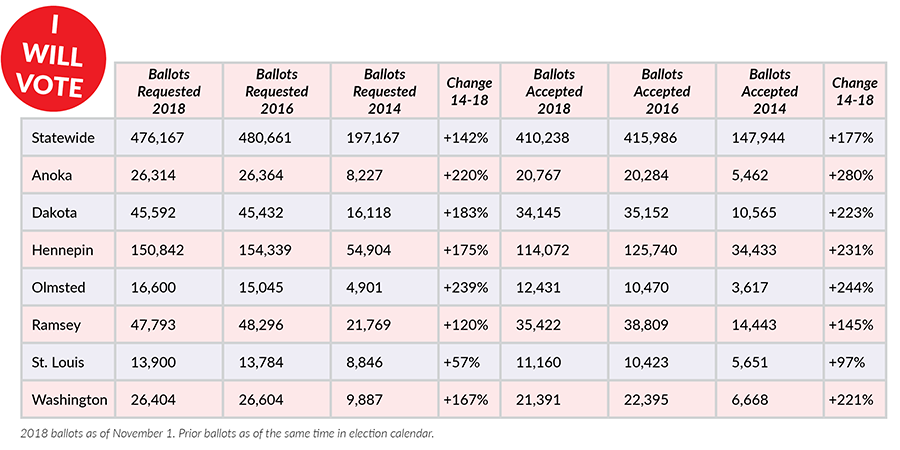