Over 300 elected officials, community leaders, and members of the public watched at the Landmark Center as each honoree received a special award from the Minnesota Office of Secretary of State, in conjunction with the National Association of Secretaries of State (NASS). The inscription on the award thanks the honorees for their “courage and leadership in securing the right to vote for all Americans.” NASS allows each Secretary of State to confer up to five such awards each year.

Minnesota was one of the proud states where all voting members voted in favor of the Voting Rights Act. 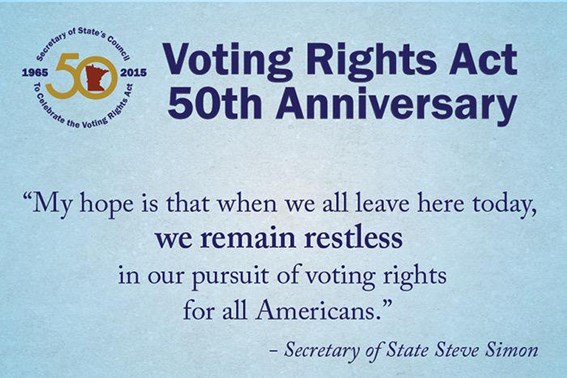 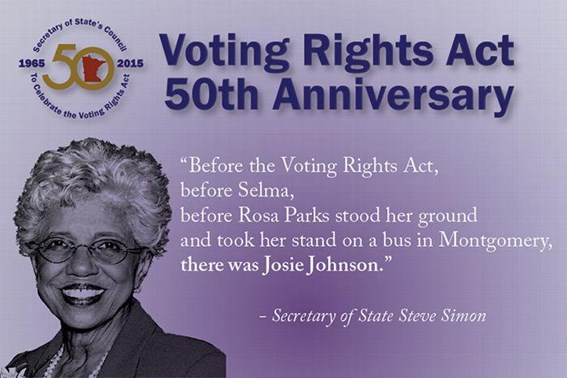 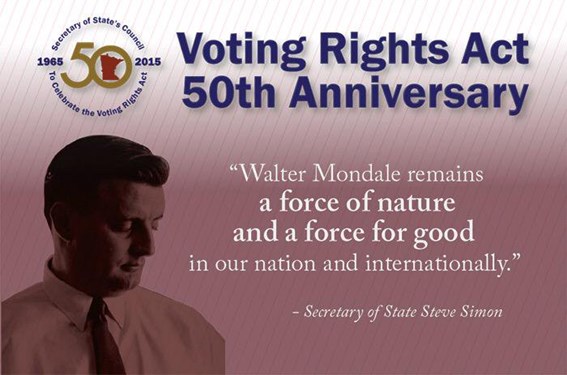 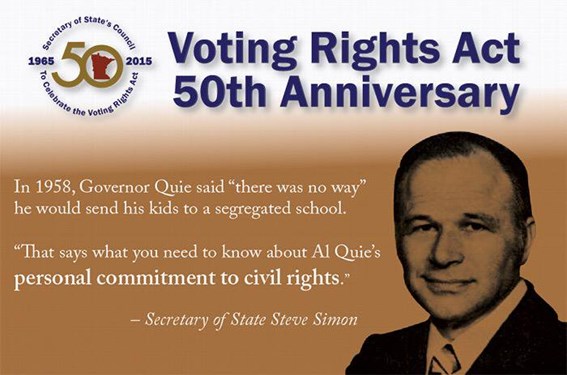 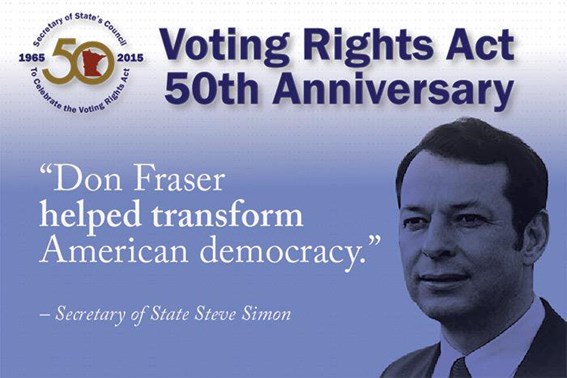 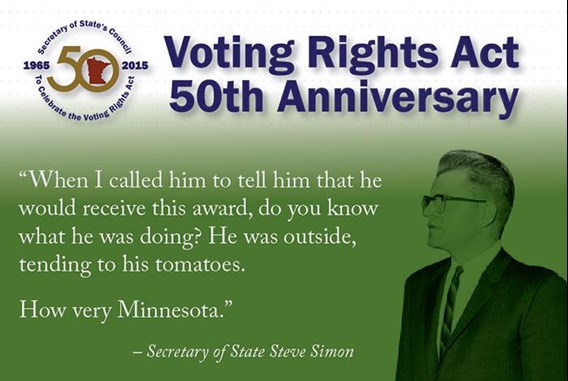