Minnesota is known for having some of the highest voter turnout in the nation, and that’s why it is absolutely critical that we are prepared if a large portion of the state is affected by a disaster or other large scale incident, such as Hurricane Sandy’s impact on the 2012 election. Thanks to a new law we are taking additional steps at the state and county level to prepare!

The bill (based on recommendations from a task force chaired by Secretary Simon) requires our office to create a state elections emergency plan, requires counties to develop local emergency plans, and expands the authority of local elections officials in case of an emergency.

These additional steps will go a long way toward providing strong local control during an emergency, while still ensuring uniformity of voting experiences across the state. 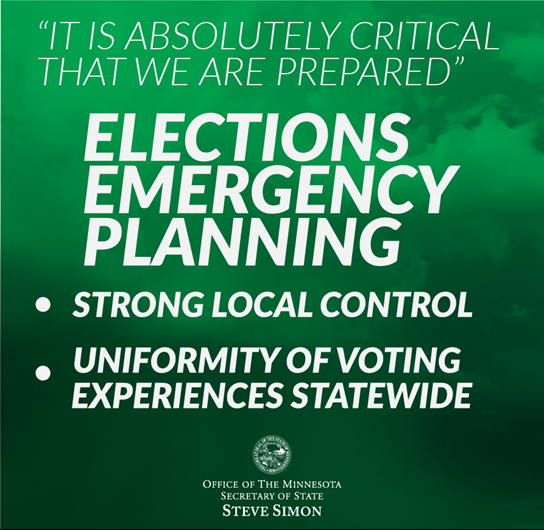